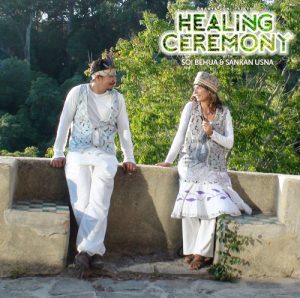 Both shamans have learned the shipbo and quechua medicine according to the indigenous tradition of the Dieta as it has been taught for centuries by master plants.
The language of the songs is shipibo.

The icaro is received and transmitted during a long period of apprenticeship where the healer is personally involved and follows a number of social and food restrictions, in isolation, in the ancestral tradition of purification – similar to ancient techniques of purification as they have been described by prophets of different cultures and origins.

The icaros are healing songs in the indigenous tradition of the High Amazon.
The curanderos call out to the spirits of the plants they have met during the Dieta, nature spirits and spirits of light from medicine palaces and divine worlds , to ask assistance in the healing of patients.

Icaros are transmitted by a maestro and the spirits of plants incorporated by the healer during his diet. They transmit a peculiar vibration that can be sang during the deep trance states.
The healing capability depends on the training and learning of the shaman and his relationship with the plant spirits, that help him deal with the different energies of patients.

The icaro is not learned or copied from a “best off” or intellectual work – it works according to the level of medicine of the curandero and his visionary capabilities.